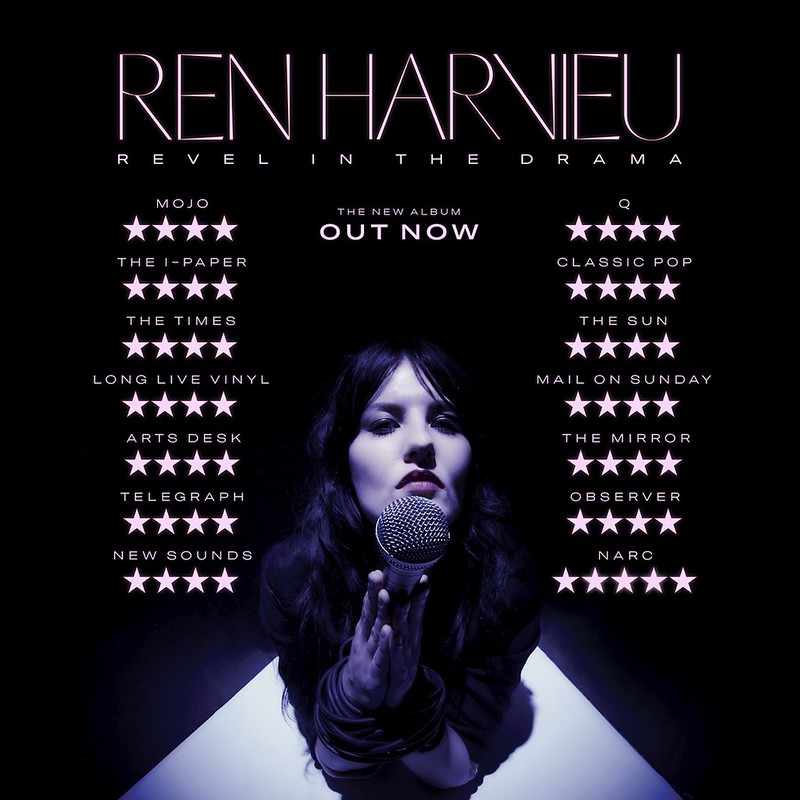 *“This superb comeback from the Salford singer is as glamorous as home listening gets.” **SUNDAY TIMES

“A triumphant return... this is a brilliant second act” Q

“Woozy, cinematic songs full of yearning and vulnerability… Her rich voice remains the star… This is an impressive set” GUARDIAN

Revel In The Drama was released on 3 April 2020 on Bella Union to widespread critical acclaim, achieving rave reviews across the board from all the major music monthlies and newspapers. She was due to embark on a UK tour this Spring but all dates have now been rescheduled to the end of the year - see listings.

The album is a brilliant, bolder and broader take on her timeless pop classicism, a compelling diary of a struggle with self-belief and a celebration of liberation and survival, seven years after her Top 5 debut album and having overcome a life-threatening injury. Think of Revel In The Drama as Harvieu’s second debut album; a new beginning.

*“Truly transformative… Ren Harvieu’s second album is something of a rebirth: a rich, gothic record, steeped in sensuality.” UNCUT

“An exquisite return for an exceptional voice”* THE TELEGRAPH* * “This is a celebratory, joyous return” THE TIMES*

“Gorgeously uplifting… Harvieu’s voice is as vividly beautiful as ever” MAIL ON SUNDAY “A triumph… This life-affirming dose of dreamy retro pop confirms her great talent and lovely, silky voice” THE SUN*

By signing up you agree to receive news and offers from Ren Harvieu. You can unsubscribe at any time. For more details see the privacy policy.